With morale at an all-time low and crime at an all-time high, we set out to ask the big question: Who would want to go into law enforcement at a time like this? We sat down and spoke with a few commissioned officers and a CO to see what they had to say about why becoming a cop is still the best job in the world. 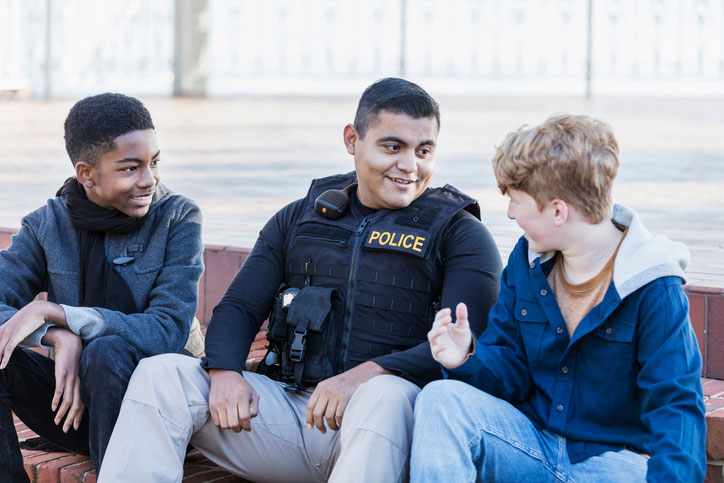 The past several years has been fraught with more civil unrest and tension between law enforcement and people taking to the streets than almost anyone can remember. And it seems to be getting worse, not better. Protesters continue to demand not just police reform, but all-out defunding, and it’s not activists that are taking that position.

A recent Gallup Survey found that just under half of Americans feel confident in the police, and it seems like everyone is constantly refreshing their news feeds in anticipation of yet another story of an officer-involved incident, holding their breath for the one that sparks the next wave of unrest.

In the midst of it all, we’re seeing cops leaving agencies at a startling rate. In cities where tensions have been the worst, agencies are seeing what can only be described as an exodus, with hundreds of commissioned officers turning in their badges in search of greener pastures, either at other departments or in early retirement.

The Police Executive Research Forum (PERF) recently surveyed 400 law enforcement agencies and found that 66 percent of police departments are seeing not only a declining number of officers in their ranks, but also a decline in the number of qualified applicants interested in filling open positions.

Law enforcement agencies around the country are desperate for qualified candidates, and the situation is becoming critical.

There’s just no way around it. Right now is a tough time to go into law enforcement. Why would anyone want to subject themselves to the constant scrutiny and all the cop-bashing that’s been going on?

Well, for anyone that’s really cut-out for this line of work, the answer to that question still comes pretty easy. When you take the time to look past all the noise, you can still see the job you’ve always wanted to do.

While the media likes to paint all officers as the instigators of violence, the majority of the time, they provide a social service that benefits the greater good, gaining the trust of the communities they serve in the process. Being a presence that helps discourage everything from routine traffic violations and property crimes to more serious offenses is just one component, and it’s an important one for sure. And even if they’re not in the right place at the right time to stop crime, you better believe that police officers are the first on the scene, responding to everything from traffic accidents to domestic violence to opioid overdoses.

One Massachusetts police officer we spoke with said that victims of domestic abuse are “always appreciative,” particularly if there are children involved. “For the most part, people want our help.”

Of course, in the most basic sense, police work is all about stopping crime and busting criminals, but there’s more to it than that. It’s also about being there for victims and saving lives—and anyone who has ever been in that situation themselves can’t help but be grateful for the law enforcement officers that were there when they were needed. 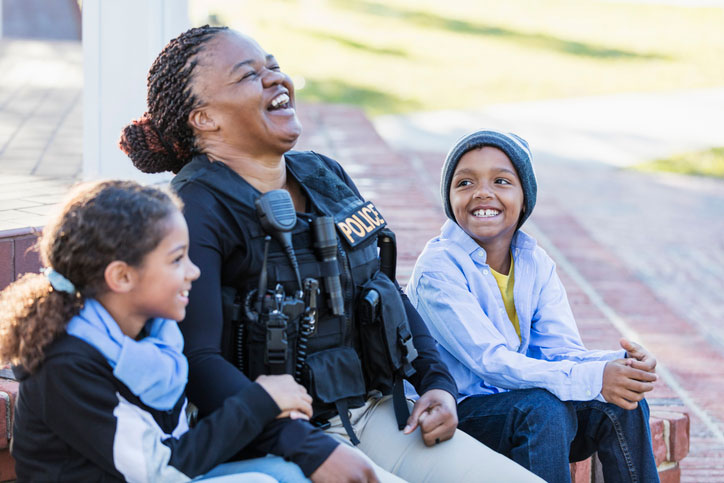 In law enforcement, you and your colleagues work as one cohesive team in the name of protecting and serving the public. Unless you’re talking about a day at the range or setting a new record for taking guns off the street, there simply is no such thing as competition among law enforcement officers.

The mentality for success isn’t about outdoing other officer for a higher position in the force, either. Promotions are usually based on how many years you put in. Officers who want to earn more, put in overtime and never have to think about trying to claw their way through the ranks.

Police work is one of those rare jobs that’s not about maximizing profits. It’s literally about what you do every day to make your community a better place to live. Bet you couldn’t name too many other professions that can claim that.

And there is simply nothing like working as part of a team with a sense of common purpose to bring out a feeling of comradery and family.

In a lot of professions, the idea of a pension is a relic from a bygone era. According to data from The US Bureau of Labor Statistics, just 15% of private-sector employees have access to a Defined Benefit (pension) plan.

A job in the criminal justice system, whether working in the police force, in a prison, or as a parole officer for a district court, usually offers a generous retirement package that is not tied to individual contributions, but to time spent working. Just 20 years of service with the LAPD will earn you a pension equal to 50% of your last year’s salary– a benefit that is unheard of in most professions these days.

Retirement aside, anybody old enough to remember the Great Recession and now living through the global pandemic of today understands the importance of having reliable work. “I’ve never been furloughed,” expressed one CPO we talked to, who emphasized that in nearly 30 years working in the prison system, she has never had to worry about being laid off.

Like any job, law enforcement can be taxing. But between a reliable salary, health insurance, and generous retirement package, financial stress is one thing you won’t be forced to deal with. 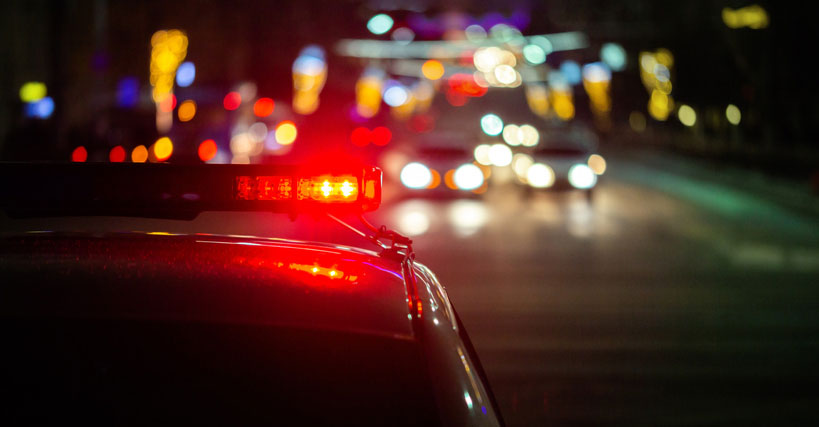 It’s no secret that a job in law enforcement quickly forces you out of your comfort zone.

And you better believe that goes double if you draw the short straw and end up with the night shift. During the day, you may meet members of the community you’ve never had the time to connect with and have some really positive interactions… but at night you’ll probably encounter plenty of people you wish you never met. But at least it makes for a good story.

I’ve heard it said that working as a correctional officer in a maximum-security prison sort of feels like you’re always dealing with the nightshift crowd.

But one CO we talked to let us know it really isn’t all that bad. “So long as you treat them with respect, 99% of them give it back.”

Even after working with criminals with multiple offenses, you learn that the humanity within people can still shine through.

When you work with people who are convicted of crimes and felonies, you learn how to separate yourself from your profession.

According to one parole officer we spoke to who works in a district court, “the ability to not let things get to me on a personal level, paired with the accountability to remain professional in the wake of such challenges, can push you to a new level of confidence.”

While the events of the day are unpredictable, law enforcement officers have a set of policies, procedures, and expectations to guide them through the chaos.

After a few years of practice, following protocol and thinking on your feet, you’ll become accustomed to handling most situations, and come out on the other side more confident in your ability to take proactive steps to stop problems before they start, as well as react with an appropriate and measured response.

Despite calls to defund the police, the field of law enforcement is not going away. The Bureau of Labor Statistics projects 51,000 openings for police and sheriff’s patrol officers between 2019-2029, and requirements for filling these jobs aren’t likely to become any less stringent anytime soon.

In the midst of the national movement to bring about racial justice, lawmakers and everyone else has been forced to rethink the role of law enforcement officers. From drafting clearer guidelines for use of force, to creating more roles specially related to mental health interventions, many states are finding new ways to both augment the role of enforcement in their cities.

Amid political polarization, choosing a career in law enforcement means choosing to step into a field that is going through major change. while retaining the character and integrity that it always had.

Even as the field invites new ideas, creative problem-solving, and leadership, from the right perspective, you can see this as an opportunity for the field of policing and law enforcement to live up to what it was always intended to be.

Are you ready to be a part of the future of law enforcement in your community? Find criminal justice programs here.

Catherine Dorian lived and taught in rural Montana for four years, where she embraced writing as a means of finding connection in an isolated setting. She has published several academic articles about English education and presented at state and national conferences. A native of Massachusetts and the Adirondacks, Catherine recently taught at Brattleboro Union High School in Vermont where she served on the school’s literary magazine, The Dial. She is a degree candidate in the ALM program in Creative Writing and Literature at Harvard University. Some of her unfinished work is available at writingrural.com.