If you’re interested in a career in forensic science, you may soon find yourself with a few new toys to play with. New advances in forensic science technology are taking investigation to an entirely new level, assisting investigators as they solve crimes that had previously stumped even the top minds in the game. Intriguing technologies are spreading rapidly around the globe, helping investigators and forensic experts solve the most brutal and challenging crimes today, including rape, murder, and arson. 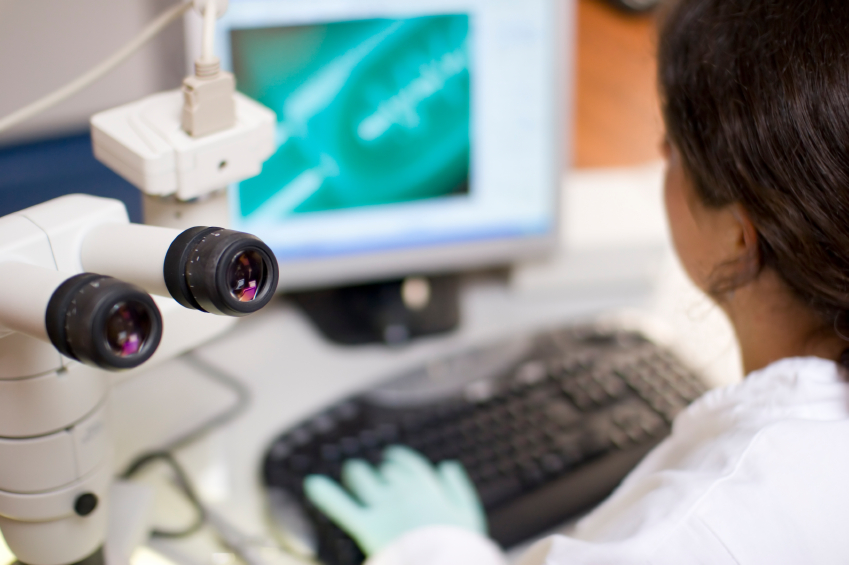 You’ve probably heard of turmeric, a gold-colored spice used in Indian cuisine. What you might not know is that turmeric can be used to highlight and identify fingerprints as well as traces of drug abuse and other identifying characteristics of a suspect. This new fingerprint technology using an old spice was developed by researchers at Sheffield Hallam University’s Biomedical Research Centre. The procedure is simple: dust with turmeric, lift, and send to mass spectrometry researchers to check for drugs, fatty acids, and other molecules on the print. The findings are then passed on to forensic investigators. It’s an old-new way to find and enhance fingerprint evidence.

When fingerprints are too light or their contrast is too low to photograph properly, investigators normally use dangerously toxic and expensive treatments to pull the sample print. Now, a new and better method has emerged. ScienceDaily reports that using the new product Lumicyano™, police can highlight fingerprints using fluorescence and do so more quickly, with lower overall costs, than the more tedious and time-consuming fingerprinting methods of the past. The new technique is already making its way from the French Police to Scotland Yard, the FBI, and many other police jurisdictions throughout the world.

Science to the Rescue with Visible Wavelength Hyperspectral Imaging

The Northern Echo reports that a scientific team from Teesside University has found a way to detect even the minutest of bloodstains. It’s accomplished using a technique called visible wavelength hyperspectral imaging. Researchers use a camera equipped with a liquid-crystal tunable filter that takes pictures in multiple wavelengths, distinguishing between blood and other dark stains. The method involves no contact with the substance of interest, leaving it untouched so other investigators can use it for forensic procedures including DNA analysis. Since even the best workers using existing technology can sometimes miss minute blood stains (or misidentify a stain which later turns out not to be blood), this technique will no doubt catch on pretty quickly. Chemist Meez Islam and his colleagues at Teesside are currently working on a prototype of this device, hoping to develop it for broader use with proper funding. In a breakthrough development, the Teesside scientists can also pinpoint the age of a month-old blood stain to within a day. Fresh blood samples can be analyzed fast, which makes it possible to determine time of death on the scene. Investigators will be able to much more quickly work through the case and compile a chronology of events, helping justice move a little faster.

Taking a Look at Chemical Signatures on Common Fibers

Many fabrics today go through treatment processes to make them waterproof, stain-resistant, and wrinkle-free. As a result, clothing often carries residual chemicals in its fibers. Soon, a technique to help investigators identify clothing fibers may be on the way. A technique known as X-ray photoelectron spectroscopy (XPS), has now developed to the point where it can identify a chemical signature on a fiber’s surface and, in doing so, may help to solve crimes. Suppose a minuscule fiber from a killer’s clothing is found at the scene. XPS can now work with the smallest of samples and gives results in mere minutes. Detectives could soon have a way to trace leads from clothing that would have been impossible before.

The Kiwis May Have Solved Our Mixed DNA Problem

Prior to this “backyard” invention by a team of New Zealand scientists, when a crime-scene sample contained DNA from more than one individual, it was unusable. According to Stuff.co.NZ writer Ian Steward, investigators were forced to discard such samples, since there was no way to separate the DNA to provide information for police and detectives on the crime. To rectify this situation, New Zealand scientists have created software – known as STRmix – which can currently separate the DNA of up to four individuals. Simple cases take only seconds, while more complex cases may take days to decipher. Still in its infancy, it’s already been used in New Zealand, Australia, and elsewhere in the world to solve tough cases, including sexual assaults, murder investigations, and arson. The U.S. military has acquired STRmix and will likely soon be in use within the FBI, as well.

The Future of New Technologies in Forensic Science