Henry Camisa, a former corrections officer who retired in 2002 after a 50-year correctional career at Trenton State Prison, knows people. All kinds of people. Of course, many of them you wouldn’t want to know. 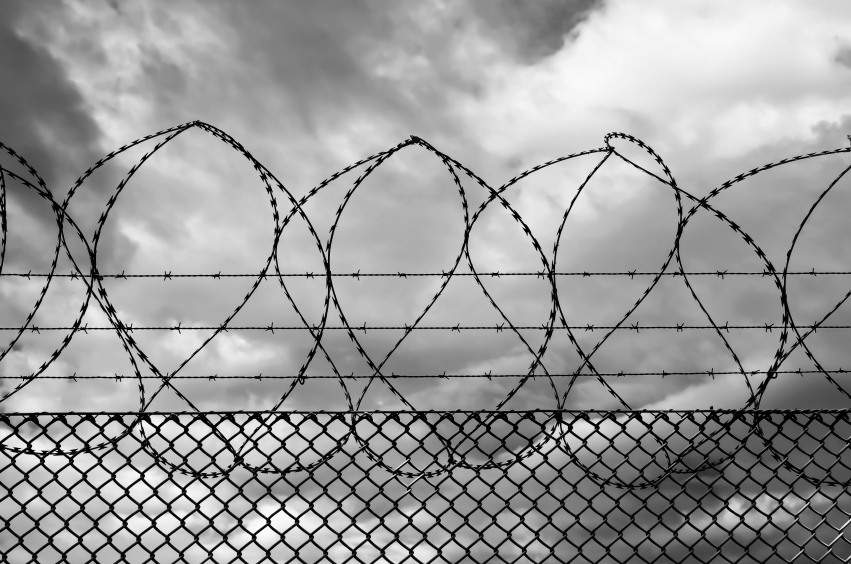 For instance, Camisa became acquainted with Frank Bisignano, who murdered an off-duty cop in Newark in 1961 and subsequently penned pornographic novels while in prison. Camisa also crossed paths with Ambrose Harris, an inmate who murdered 22-year-old Kristin Huggins in 1992. And Camisa worked the halls when Robert “Mudman” Simon – yet another name on his long list of undesirable connections – was housed at his facility. Simon murdered his girlfriend, a fellow inmate, and a police officer, only to be later killed by Ambrose Harris while at Trenton State Prison.

Trenton State Prison, known today as New Jersey State Prison, was home away from home for Camisa. In his 50-year career, he came to work with over 100,000 prisoners: psychopaths, cheats, killers, rapists, robbers, and generally the worst of the worst. Yet, it was Ambrose Harris who stuck with him as the ultimate violent psychopath: at the age of 85, after numerous battle scars and countless close calls with some of the vilest criminals east of the Mississippi, Camisa still thinks of Harris.

Camisa met retired Mercer County Community College English professor Jim Franklin way back in 1968 when Franklin was teaching English courses to officers at the prison. Together, they wrote a book in 2002 based upon Camisa’s life in corrections and the wild stories that came with the territory.

The stories include tough tales: Camisa was taken hostage twice during his career, but said he never worried about his safety. He always kept up good relations with the inmates and, even during the hostage incidents, they got along quite well.

As the book goes along, many of his stories veer into disturbing territory. He was there when Harris murdered Mudman Simon by crushing his head in 1999. Another time, he witnessed a shiv attack by one inmate on another due to a love spat between the two. These reminiscences, mixed in with the more lighthearted stories Camisa also tells, show the profession to have a dark side.

Being a Correctional Officer: What’s the Real Deal?

Due to the types of situations that arise with inmates, correctional officers face more than the usual amount of stress and anxiety at work. They have one of the highest rates of nonfatal injuries in their jobs as they deal with confrontations among inmates, fights, riots, excrement thrown their way, and other unpleasantness.

Officers tend to work eight-hour days five days a week, on rotating shifts. Day, night, weekends, or holidays are all potential work times. Security is a necessity at all hours of the day in these facilities.

When Things Take a Turn for the Worse

The dangers of being a correctional officer are more than just grist for stories. Jayme Biendl, a corrections officer at Monroe Correctional Complex near Seattle was strangled by an inmate serving life at the facility in 2011. Budget cutbacks had led to staffing reductions, leading many union members to worry about their impact upon safety.

Biendl, 34, had been the lone guard on duty, and had expressed concerns over her precarious situation. Her concerns went unanswered until her death brought them into the national spotlight. Two years later, on May 15, 2013, Byron Eugene Scherf, her murderer, was sentenced to death for his actions that night.

Biendl’s death sent shockwaves through other facilities in Washington, including Washington State Penitentiary. Housed there are some of the worst offenders alive: child molesters, murderers, and like-minded individuals. Officers know they need to be alert every single moment they’re on duty. Some guards – especially women working at Washington State Penitentiary – think long and hard about safety issues and the risks inherent in corrections work. Their degree of danger and uncertainty often depends on the prison section they are patrolling and the types of prisoners they must deal with.

Inside the maximum security unit, for instance, prisoners – such as the Green River killer Gary Ridgway, the hillside strangler Kenneth Bianchi, and seven inmates residing on death row – spend 23 hours out of every day locked up in their cells. Any unpredictable combination of factors, whether mental, physical, or related to their living arrangements, can make the inmates incredibly volatile and unpredictable. For safety, two officers are always tasked with escorting inmates. Only the more experienced guards are sent to the unit, and even they will only interact through a small slit in the door.

What Does the Future Hold for Correctional Officers?

Washington State Penitentiary makes a concerted effort to get inmates involved in constructive activities, such as going to school, exercising in the yard, and working at a job. Without these “distractions,” many of the officers – and quite a few inmates, too – believe it would very quickly turn to chaos.

For today’s youth, Camisa believes that the current juvenile justice system is far too lenient, and it’s currently failing due to the fact that on reaching adulthood, close to 80 percent of these troubled youths end up at New Jersey State Prison. Once there, he says, the kids are abruptly faced with a hard reality involving a total lack of game-playing. If they don’t get their acts together, they will suffer severe consequences.

Unfortunately for the officers trying to hold down the mayhem always simmering just beneath the surface, the U.S. Bureau of Labor Statistics predicts that employment of corrections officers will grow by a slower-than-average five percent between 2010 to 2020. This rate is sluggish compared to all other occupations in the country and is due to shrinking overall crime rates and budgetary cuts nationwide.

Is Corrections the Right Profession for You?

As we’ve seen, the life of a correctional officer can be a challenging endeavor. There are dangers and stresses inherent in the occupation which at times may become overwhelming. Before deciding, be sure to read about it and find out what you can. Ask current workers how they feel about their jobs. Do your research and also figure out what type of person you are.

For Henry Camisa, it was simple: “I worked there 50 years in those conditions, so either I’m crazy or something’s missing.” He may be crazy, but he certainly ended up with a few stories to tell, didn’t he? And, in the end, he made a difference, too.